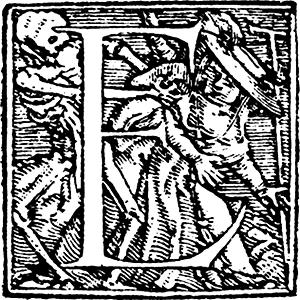 How encryption felt in SQL 2005

Hierarchies.  Asymmetric keys.  Symmetric keys.  Certificates.  Algorithms.  Authenticators.  Encrypting your data can seem like a very daunting and confusing process.  On the one hand, you want your data to be secure.  But on the other hand, you still want good performance.  And, no pressure, but fail to plan properly and your data becomes completely unreadable.  Makes you want to jump right in, doesn’t it?  Well take a breath.  Relax.  It’s not that bad.  And depending on your needs and wants, you’ve got some options.

Encryption in SQL Server as first introduced in SQL 2005.  It was implemented at the column level, and it required that the column be defined as varbinary, and searching on encrypted columns was limited.  Add to that the fact that the developer/application had to handle the encryption and decryption of data via stored procedures and, well, you’ve got yourself quite the little nightmare.  (Not quite on the nightmare scale of bubonic plague, but definitely on par with medicinal leeches.)  This type of encryption definitely has its place; if you’re developing an app with limited sensitive data, for example.  But for wholesale data encryption, it’s not the best option.

SQL 2008 brought database encryption out of the dark ages with Transparent Data Encryption (TDE).  With TDE, you can encrypt your entire database without having to make any object changes, without any code changes, and without any loss of functionality.  Hence the whole “transparent” thing.  And it’s relatively easy to implement.

Start by creating a master key.  This key is used to protect private keys of certificates as well as asymmetric keys in the database.

The next step is to create a certificate that will protect the Database Encryption Key (DEK). The DEK is used to encrypt the data, so it’s kinda important that nothing happens to this certificate. Therefore, you want to make sure you back it up to a safe place.

Now we need to create the DEK. Again, this tells SQL Server how to encrypt (and decrypt) the database.

Note the ALGORITHM clause. SQL Server lets you choose from a variety of encryption algorithms, depending on your needs. For more information on what algorithms are available go here.

The final step in the process is to turn on encryption in the database.

Once this command is executed, SQL Server starts a background process that scans through the database and encrypts the data. All this can go on while normal database activity takes place. Just don’t try to alter any datafiles while the encryption process is running. You can monitor its progress by querying sys.dm_database_encryption_keys.

Some things to keep in mind:

As you can see, TDE isn’t too scary.  It’s definitely a step above the previous alternative.  If you want more information on TDE or encryption in general, be sure to check out these resources: