Home » Professional Development » T-SQL Tuesday #028 – Jack of All Trades, Master of None?

Every month the folks of the SQL Server community get together for a virtual block party of sorts called T-SQL Tuesday.  This month’s party is being hosted by Argenis Fernandez (b|t).  The topic: specialization.  Some folks wear many hats within an organization, others wear only one (off to the side a bit, in a jaunty manner).  Argenis wants to know whether you specialize in a certain  area, what that area is, and whether or not you’ve found that to be a good thing.

The course of my career has primarily centered around databases.  I started out doing Informix technical support, primarily for their programming languages, where I seemed to have a natural affinity.  I then went on to a brief stint as an Informix-4GL developer.  I wrote financial reports for a retail organization, and any time I asked my DBA to create an index for me I was told “no”.  I looked at the DBA and decided that was where the power was and I had to have it! [insert evil laugh here]

So I moved on and became an Informix DBA for my current employer.  And then an Oracle DBA.  And then a SQL Server DBA.  For the past 8 or 9 years that’s what I’ve been doing: SQL Server.  In my opinion, it’s been a good thing. Unfortunately, I’ve forgotten most of what I knew about Informix databases and my Oracle skills have gotten rusty. Part of me regrets that and sometimes I think I should spend a week or so immersing myself in our last lingering Oracle database while I still can. 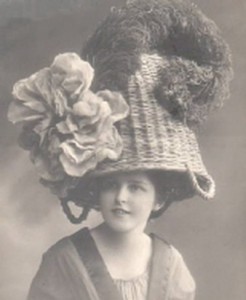 But I realize that the opportunity to focus my attention entirely on one product has allowed me to learn so much more than I would have otherwise.  Now when when things are quiet at work I can play with new features, read up on internals, think about new ways to do old tasks.

Sometimes I wish I new more about other aspects of IT that affect my systems.  If I were a DBA/SysAdmin/SAN Admin, I’d have a better understanding of the big picture (and I’d get my disk requests faster).  But I don’t think I’d know about any one of those things with much depth.  I just don’t think I’d have the time.

Both ways have their advantages, and certainly even the most specialized DBA should have a working knowledge of hardware, operating systems, networking, SANs.  Databases don’t run in a vacuum; all of these components play a part.  But in my opinion, there comes a time, for the sake of your career, when you have to say “I am a DBA”  or even “I am a SQL Server DBA.” and really be the DBA.

So that’s the hat I wear.  Jauntily.