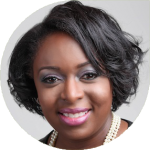 When Kimberly Bryant began studying programming at college, she found that there were few women, let alone women of color, in her program.  As a fellow woman in technology, I can certainly relate to her feelings of isolation.  IT has traditionally been a male-dominated field, and while progress has been made to attract women into STEM fields, there’s still so much work to be done.  To be sure, as I look around me here at the PASS Summit, men far outnumber women.

According to the U.S. Census Bureau, women make up 51% of the overall workforce, but only 26% of the computing workforce.  Black women make up just 3%, Asian women 4%, and Latinas less than 1%. And while these numbers may show improvement from the 1970’s and 80s, the number of women in computing fields has been declining since 1990.  Young women aren’t entering or staying in IT jobs.  In fact, the median age of women in computing occupations is 42. 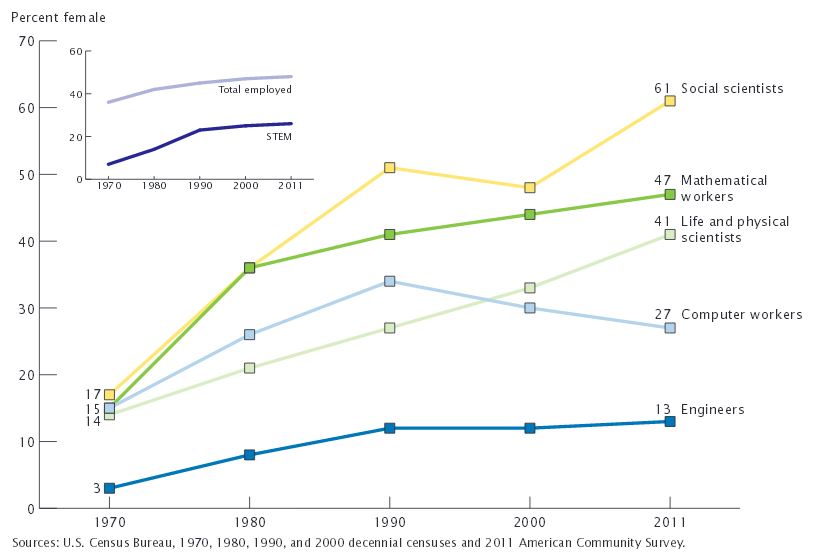 Ms Bryant feels that this lack of young women, especially women of color, in computing fields is not due to a lack of interest, but rather a lack of access and exposure to STEM topics.  When her she saw her own “geeky” 11-year-old daughter facing this same problem, despite being surrounded by technology, she decided to do something about it.  In response, she started Black Girls Code in April 2011 as a way to give young girls of color a chance to learn programming and other technology skills.

Since its inception, Black Girls Code has taught more than 5000 girls how to code through workshops and after-school programs.  Because the middle-school years are when girls tend to lose interest in STEM topics, BCG focuses on girls as young as 7, hoping to instill and nurture a love of computing topics that will carry on into college and a career.

This year’s format differs from past years, in that there’s no panel discussion, but rather an interview-style discussion between Denise McInerney and Kimberly Bryant.

Ms Bryant did not intend to start a non-profit, she was looking to begin a start-up in biotech.  But what she noticed was a lack of women in the industry.  When she asked why, the answer was always, “we just can’t find women”.  When her daughter attended a gaming code camp, Ms Bryant noted that not only was her daughter one of the only girls, she was also a minority within a minority as a girl of color.  When girls enter middle school, 50% express an interest in STEM.  By the time they reach graduation, only 3% have an interest.  Ms Bryant hopes with BGC to encourage more girls to become builders and remove that access barrier.

BGC’s “secret sauce” is an environment where girls can learn to code surrounded by peers and female role models.  The classes are taught by women, the focus is on genres and topics that appeal to girls.  The importance of having a female role model was critical to Ms Bryant herself and cannot be stressed enough.

One example of a BCG success story is Ida.  Her parents were looking for a coding program for Ida’s brothers and asked about a similar program for Ida.  Ida had no interest in computers. She wanted to be a doctor.  Over the course of that program, Ida went from being a reluctant student to the star of the class, and went on to act as a teacher and mentor for the other students.  After leaving the BCG program, Ida even taught her fellow middle school classmates about building web pages.

Are there opportunities to get involved with BCG at the local level?  Absolutely, BCG has chapters across the country and around the world.

What about other opportunities to help girls and young women get into STEM?  There is a lack of teachers for these subjects.  We as technology professionals need to get involved by starting after-school programs, community mentorships, classes and career fairs locally.  The school system starts teaching computer science much too late.  BCG starts teaching girls as young as 7, why can’t our schools?  Schools should be providing children with the tools and knowledge to use technology as creators, rather than consumers.

What about preparing girls for the culture of tech careers?  In 2013, BCG took a group to a conference and while there experienced sexual harassment.  Part of BCG’s work is driving the conversation about women’s roles in IT, how it’s changing, how much needs to be done, and what still needs to be done.  We’re in a long game, and while the conversations we’re having are important, we need to follow that up with action.  We need to simply hire more women.  Until women are represented equally in the workplace, the culture won’t change.  Unconscious bias is something we all fall victim to, and this impacts our hiring decisions.  We need to confront those biases in order to ensure diversity in the workplace.

How do we address the problem of retention?  Many women start out well, but experience a stall in the mid-point of their career, causing some to leave IT altogether.  A support system is critical for breaking through this glass ceiling and continuing to make progress.  Women need more mentors to help navigate the waters.  This means that women need to stay in it for the long haul to be those mentors.  The environment needs to change to encourage women to stay in tech and men need to be more involved as advocates for their female peers.  Be cognizant of those around you, those that don’t look like you, don’t necessarily share your personal experiences.  We as women also need to take some responsibility in taking more risks in our careers to get us past the middle point where many women tend to stall out.

Final word of inspiration, when (not if) you as a woman do break through the door, reach back and grab a few hands to bring with you.

One thought on “PASS Summit 2014: WIT Luncheon with Kimberly Bryant”